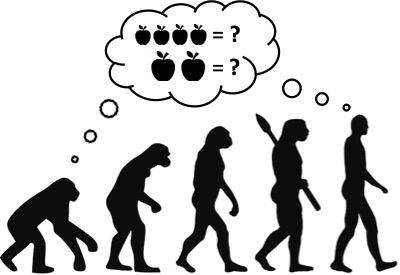 Decision-making processes sometimes depend on relative discriminations of the most profitable choice option, and for many animals the most profitable option is often defined by its total quantity of e.g. food. A large body of evidence suggests that animals as diverse as birds, fish, mammals and humans share a similar mechanism to process numerical and continuous magnitude information. And although humans have raised the manipulation of symbolic numbers to a whole new level, some evolutionary older interferences can still bias our quantity-based judgments. This study investigates possible failures to discriminate the larger of two amounts of food in incongruent combinations of item numerosity and item size, in order to reveal interference effects during the mental combination of these discrete and continuous magnitudes. Humans (Homo sapiens), chimpanzees (Pan troglodytes) and two lemur species (Lemur catta and Eulemur) were tested with the same spontaneous choice task to compare their quantity discrimination performance between sets of food presented either visibly or covered. The experimentally naïve primate subjects showed an overall lower task performance and a higher propensity to side biases than conspecifics in primate research centres tested on similar discrimination tasks. This study also exposed a considerable interference effect between continuous and discrete stimulus dimensions in human quantity-based judgments, similar to size biases previously reported in chimpanzees. The author concludes that this cognitive vulnerability in magnitude discriminations shown by humans and chimpanzees may have ecologically relevant efficiency implications rather than outlining cognitive constraints, consequently reflecting the right behavioural responses, to a differently understood question. 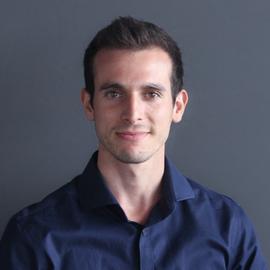